↓
Home→Uncategorized→Sexism is alive and well – and not just where you think. 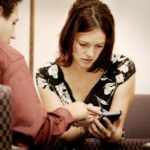 Many of the attributes we associate with males and females are not linked to sex: liking sports, wearing bright colors, playing with dolls, playing with trucks, wearing designer clothes, caring about grooming, etc.

Most of us have an idea of what we think is Maternal and what is Paternal. The mom is the caring, loving one that ensures that the booboo is kissed. The dad is the one that says, suck it up and get back in there. I believe most of us have a vision in our head of what is a mom and what is a dad. Again, these are just gender role assignments. While there is some biology to breastfeeding and bonding, the traits of maternal and paternal are not sex-specific.

It is not uncommon to see the roles of mom and dad be reversed as far as sex goes. Men can be maternal; women can be paternal. We see lots of say at home dads and career moms. We see the different sexes filling the role that they fit best into, and not the one that society has pigeonholed them into. This is not a bad thing. It makes for a more harmonious world.

When will society begin to recognize that the sex of the person does not determine the motivations of the person? It is perfectly acceptable for a female coach, who may be viewed as maternal, to comfort, mentor, love, support, and generally assist their people, male or female. A male coach is not allowed to express his emotions towards his people, male or female, for fear of being thought of as a sexual predator.

People, and society, need to take a step back and stop stereotyping people based on sex. They need to look at the person’s gender as well. No matter the sex, a person can be a loving mother/father figure. It is possible for men to be soft and caring without sexual motivations.

The saying, it takes a village, is even more prevalent today. Young people need mature people to rely on, confide in, be there to support them, and provide the wisdom you don’t glean from a textbook. It shouldn’t matter if the mentor is male or female. If the mentor can provide what the mentee needs, then let them.