Yesterday I witnessed a thing: a thing that epitomized the need for debate – for persuasive speaking – for presenting an argument and refuting someone else’s argument.

If you are not aware, I teach Fundamentals of Speech Communications and am the assistant debate coach at Walters State Community College. I am also a mediator and a registered land surveyor. It was the latter position that presented me with this situation. 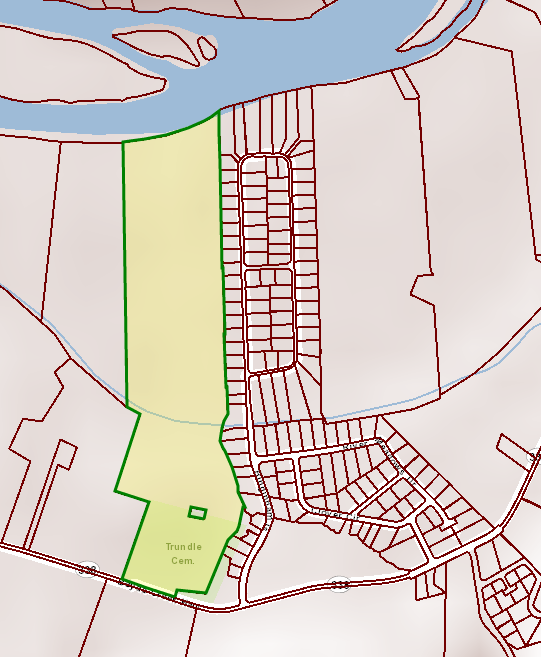 I was sitting in a planning commission meeting in the City of Sevierville the other night. Up for review was the rezoning of a piece of property from R-1 to R-2 (low density residential to medium density residential). The highlighted property was the one in question. The property to the east (right) is already zoned R-2 and the properties to the west (left) are zoned R-1, along with the subject property.

Pam, the Director of Planning, presented this to the board. She explained the background and that this was in the county and not in the City limits. Therefore, the commission was there to present their opinion to the County Commission, who could accept the recommendation of this commission or not – it was their prerogative.

Pam also explained that zoning issues were solely at the commission’s discretion where subdivisions and site plans were subject to acceptance if all criteria were met.

Discussions ensued about access, traffic impact, and other matters that more aligned with a site plan review than that of a rezoning request.

The Chairman recognized Fred, the landowner, and asked for his input. Fred proceeded to explain how Boyds Creek Highway (the road to the south of the subject property) was a state road with no formal right of way and no means for expansion and that this development would make it much more difficult to get out onto the road. He employed pathos, evoking images of driving his grandchildren and the difficulties already there, getting out onto Boyds Creek Hwy and that this development would increase this difficulty. His only argument was of the impact on traffic on this road.

Pam clarified that neither Sevierville nor Sevier County had a regulation requiring a traffic impact study be done prior to development. She further explained that there wasn’t an approvable plan provided to the Planning Department. There had been some submitted, but they required access through the property to the east, using the existing road and that this was not acceptable to the department.

Tim, the surveyor, took to the podium next. He presented various situations where they, the developers, had gained the ability to access the property though a vacant lot and that it would be done… He went on, presenting his development and fell into the trap that many novice debaters do; he followed the lead of the opposition and lost sight of the true argument. Tim allowed himself to argue the merits of a plan he did not have there and one that was not up for review. Dale, the Representative, took over and after a bit of rhetoric, he asked that they not deny just to deny. After a bit of side discussions, he withdrew the request and implied they would resubmit it along with a plan so that everyone would see what was being discussed.

An analysis of the arguments presented by both sides would show that neither side had made strong arguments. The opposition only argued against the increased traffic, something that Pam openly stated wasn’t within their regulations to control. She eluded that perhaps it should be, but clearly stated there was no regulations to support such a claim.

One key factor, brought up by Pam, was the need in the community for affordable housing. Neither party addressed this issue. The opposition didn’t remark to the feasibility of affordable housing as the zoning stands and the proponents didn’t jump on the increase of housing. They both dropped this opportunity to sway the commission.

As the proponents of change are burdened with persuading the commission to rezone the property, it was their obligation to make a good argument. First, they should have addressed the concern of the proposed development and it’s access with a simple, “This debate over how it will be developed is not appropriate for this venue, it should and will be addressed with the submission of the subdivision plat.”

They should have then went into the need for more affordable housing and that by rezoning this property, the developers would be providing just that. They should have addressed the fact that they are not spot zoning as they are simply extending the existing adjoining zone to include theirs. They should have pointed out that the argument over the increased traffic on Boyds Creek Highway should not be considered as it wasn’t within the regulations. Perhaps it should be, but at this time, it is not and therefore should not be a consideration.

In all, if the owner/surveyor/representative had been more skilled at presenting a strong argument and refuting their opposition’s argument, this rezoning issue may have been resolved at that meeting and not simply postponed for another month. The fact that the surveyor was not ready or able to do this caused his client a month of interest payments, delays in construction, and possibly sales.

As I mentioned, I am a surveyor and have been in the business over 20 years. Until recently, I never, ever thought that public speaking, persuasive speaking, or negotiation skills were part of the job, as many people in many positions don’t. However, you never know when you may be called to present an argument for you work or to prevent the rezoning or your neighbor’s property. These are skills you must develop, foster, and grow. You don’t learn them overnight and the best environment to learn this I know of is debate.